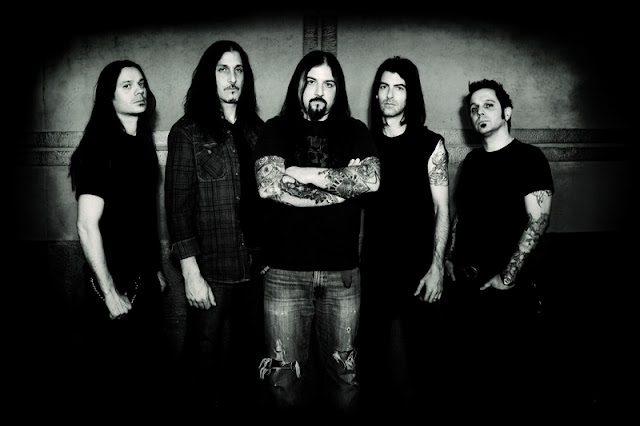 Hellyeah! Sal Abruscato's A PALE HORSE NAMED DEATH have completed the mastering phase of their forthcoming sophomore release on Steamhammer/SPV. The NEW APHND album is entitled 'Lay My Soul to Waste' and it will be released on May 21st in North America. Additionally, the tracklisting has also been revealed (see below). Once again the artwork was penciled by Sam Shearon, who is also responsible for artwork on the band's debut album 'And Hell Will Follow Me'.

Abruscato spoke about the completion of the second record and what fans can expect:

"I can't express in words how proud I am of our accomplishment. To finally complete our sophomore album, sit back and listen to what we have done is a great feeling. From our performances to Matt Brown's mixes and finally having the album blessed by engineer and mastering great Ted Jensen, this album sounds bigger than the Grand Canyon. This album will surpass all expectations; it will be a privilege and an honor to present this album to all the fans."

A PALE HORSE NAMED DEATH is: