Pale Horse Named Death is inviting their fans to come to Dingbatz in Clifton NJ, this Saturday, December 10th and record the show on their smart phones. The band is asking that fans send their footage to apalehorsenameddeath@gmail.comfor consideration to be included in the official video for the song “To Die In Your Arms”. “It is the fans chance to get involved in the creation in something that all the fans will enjoy.” Says APHND’s web geeks.

More information on the show and location can be found here. 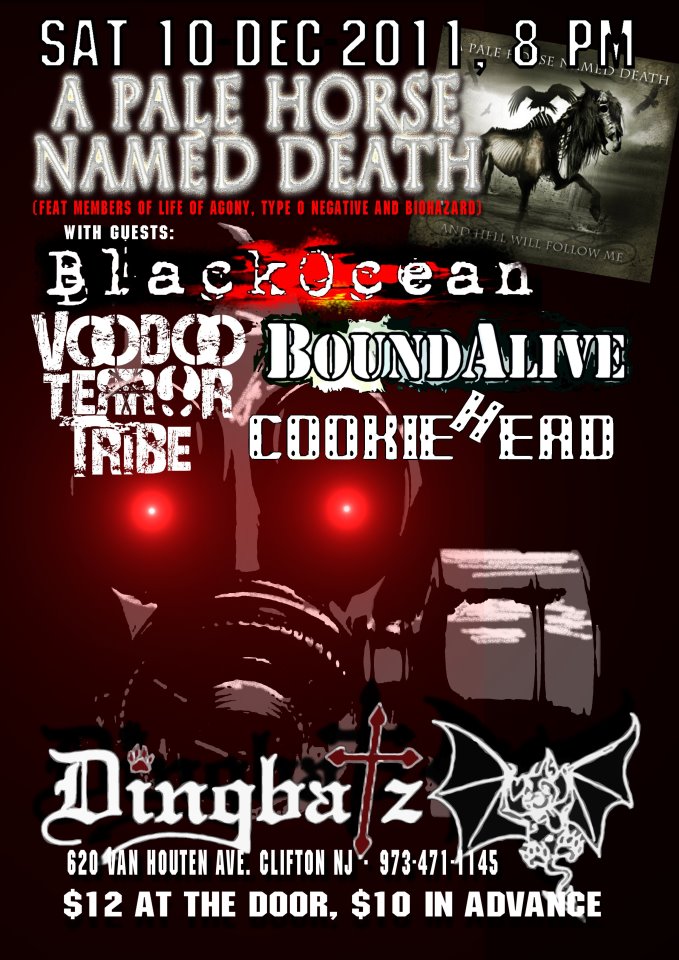 A very cool idea and I wish I could be a part of it. Have a great show guys!!

Happy to help - blasted it out on FB. I have a Christmas party that night, damnit! I'll hafta be content with the Webster Hall show :-(

ohh... yea best idea ever. i had a feeling that To Die In Your Arms would be the song to get a video, question is the show sold out because I'm in the area anyways.

Wow! Excellent idea, wouldn't mind something like that on the EU tour and especially in the UK *hint hint*