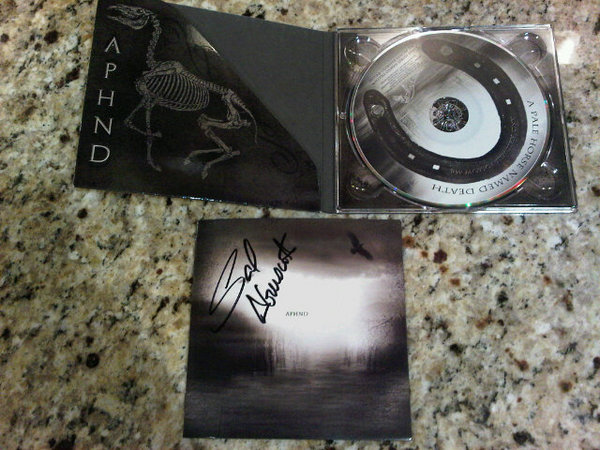 Here is a review I made.
It will certainly interest nobody cause it's in french and I don't think there is lots of frenches here (am I the only one ?) but never mind.

So what is everyone doing this Thanksgiving?

Every Thanksgiving my parents listen to -Arlo Guthrie-"Alice's Restaurant". Black Sabbath and Faith No More I have always listen to.Now Iam adding APHND to the mix!

Ok so Sal just recently found Peters Hat cause he wants to wear it while he plays live... Are there people out there that have to wear a certain thing when they play live or even at practice. For me I have to wear the Silver Onyx ring my pop's gave me.

I was going through my discs and my stepfather saw that I have three different versions of Bloody Kisses and asked me why the heck would I do that. Well, I said...let me show you. I showed him "My Girlfriend's Girlfriend" to soften the blow of having metal unleashed on his brain and took it all the way to the Symphony for the Devil DVD. His favorite was "GF/GF" and "Christian Woman".
My mother, who is 64, watched the whole DVD. Okay, I ffwrded through the ass jokes, but she…
Continue