Now I'll distribute these stickers at my hometown. Maybe a few of ignorant people will be curious about music and homepage. My desk is already decorated...… 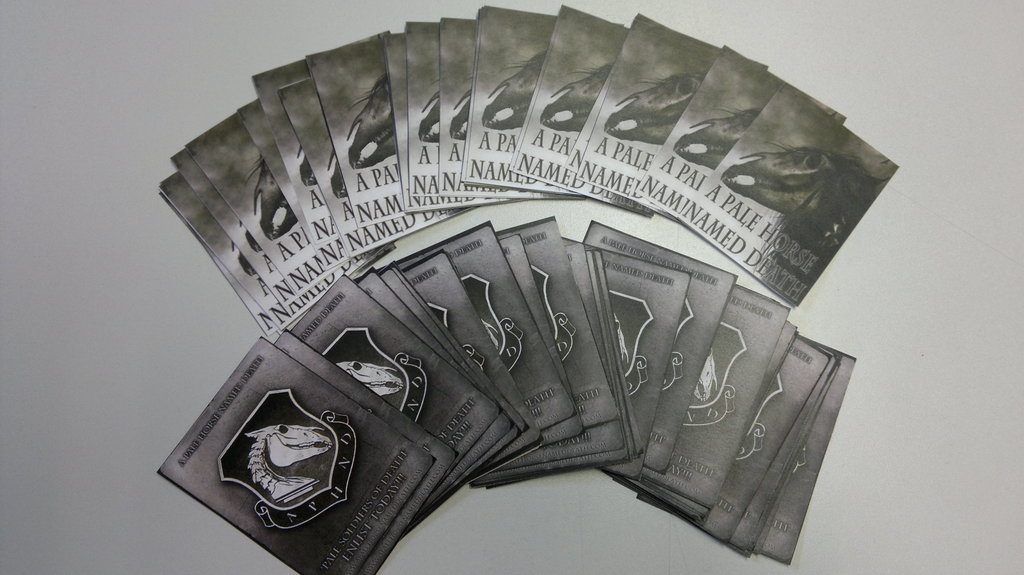 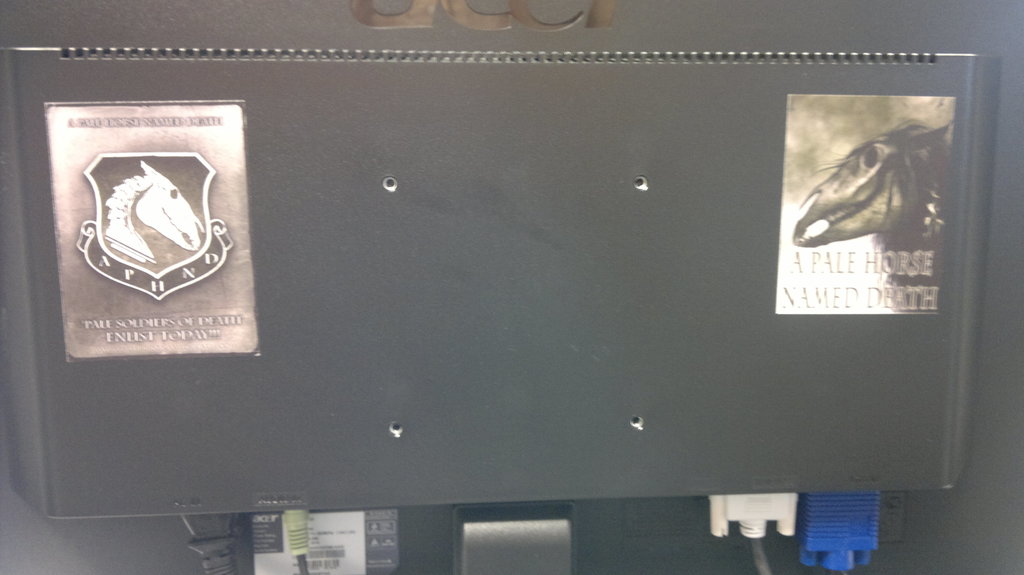 I was a little slow on The Walking Dead series, I didn't get to see it when it was originally aired, so I just went and rented the season, and WOW, what an effing series. I love it! And I cannot wait for season 2.

Check it out here: http://appshopper.com/music/a-pale-horse-named-death But for all the societal doom and gloom going on here, this is an album that is pretty solid, particularly from the standpoint of a traditional Doom fan who might have a Goth girlfriend

Got My Signed Poster Yesterday.....

So I open my mail box and got a surprise yesterday, it was a signed poster I wanna say thanks to Derek for hookin it up, Sal Erick and Matt, thanks for the Autographs, what I  did was put it in a Frame with my signed CD I got months ago.... Thanks again guys... My Love For Horror Movies

Ok so it's 1985 and I am 7 years old and just fascinated with everything to do with slasher flicks but my mom would not let me watch them, I used to see previews of the newest Friday the 13th films and Halloween films and it just peeked my interest right away, the masks, the suits and the weapons they used, especially "Freddy's" glove (fkn cool)...So I was at my babysitters house one night and she asked me what kinda movie I wanted to watch, her being an Elvis fan we watched Elvis movies all… Continue

Clearing up the Keith Caputo mystery.....

OK so as you all MAY have read keith Caputo has had a sex Change.. NOT TRUE.... here read what Horns up Rocks Had to say.... I think they would know the truth considering Jo Schüftan ( Horns Up rocks) knows the band personally and probably knows Keith. Anyhow Dont believe the hype...here is the Real story .....

I was looking for ways to promote APHND when I came upon a website that suggest Artist Data.

They help publish information about a band with a single source.

It's going to take some work but I'm going to start connecting it to this website, Facebook, linking feeds, etc.

If anyone wants to help me, IM me and I'll give you the user name and password.

My little Pale Soldier of Death

So ever since my son was able to bang his head to the tunes of Metallica, Lamb of God, Life of Agony, Type O and Now APHND, this band is all he talks about, he has his own burnt copy of the CD in his stereo in his room and I think the one song I hear the most is "When the Crows Descend Upon You", when he signed up for Facebook the first person after mom and dad were added was to add Sal, so Sal I thank you, you made his day. I have been showing him the Live Vids and his favorite is Die Along at… Continue

Like most of you, I'm a huge fan of Type O Negative. I'm sure that how most of us became familiar with Sal and eventually found ourselves here, talking about and listening to A Pale Horse Named Death.

I don't know if this has been posted here and if it has I'll remove this post, but this is something I wanted to share:

This is a blog made by Peter's family telling about… Sure you do! It is easy. The person who is at the top of the Top APHND Contributors This Month (on the homepage) list on August 1st will win a signed poster and a handful of pins. Sound good? To win, all the actions you can take on the site are listed here:…

I just came across this, I am sure people have seen this, but if not here is a link for the Peter Steele memoral shirt, IO know I am going to get one. 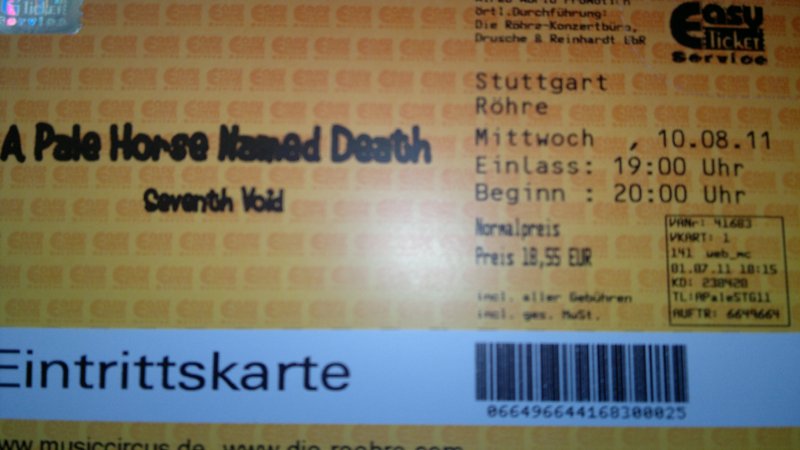 A Pale Horse Named Death's "And Hell Will Follow Me" has been nominated by Metal Riot as one of June's Album Covers of the Month, but now it's up to the fans and the readers to determine who this week's winner is. The voting is open until Midnight (PST) Tuesday, July 12th. You can check it out… Continue

US and CANADA TOUR?

Just wondering when a North American tour is going to be announced. I know APHND is doing a number of Europeon festivals this summer so is it safe to say a fall tour?

Its too bad that APHND cant be added to the HEAVY T.O. festival going on in Toronto; here is the lineup: