I see the EMP LP is listed as 2LP+1CD.  Is this also the case with the Amazon one?

[REVIEW] A Pale Horse Named Death – And Hell Will Follow Me

A PALE HORSE NAMED DEATH
And Hell Will Follow Me
[SPV Records]
Verdict: 8/10…

VIDEO: A Pale Horse Named Death - Bath In My Blood (Schizophrenia In Me) (Live @ Dingbatz)

VIDEO: A Pale Horse Named Death - To Die In Your Arms (Live @ Dingbatz)

Some pics from my phone at Dingbatz Hello to All from 'new Kim'

I just wanted to do a quick hello to everyone and to say I'm glad to be a part of the site/team/groups:the whole big picture! I'm not new to the music,but since I don't exactly get along w/computers: just this year I've done the facebook/twitter thing(pathetic-I know,but life's been a bit crazy so it was low on my priority list. I'm usually content listening to my music working in the garage or reading with my cats-woo-hoo! Hey-when you've been to hell & back(I think-I might still be… Continue

Just wanted to say I hope all who are going to the show tonight have a good time, Sal and the boys have a kick ass show, and to the rest of the Pale Soldiers of Death, Happy easter...

Sal Abruscato, was interviewed about his new project, A PALE HORSE NAMED DEATH, on this past weekend's (April 15-17) edition of Full Metal Jackie's nationally syndicated radio show. You can now listen to the chat using the…
Continue

Possible? Limited Signed LP's and or CDs for the first xxx/xxx copies bought?

Any chance of Limited Signed LP's and or CDs for the first xxx/xxx copies bought online or from your preferred retailer?  Similar to what Seventh Void did with their first release?

How's everyone doing today?  I hope to see the locals at the upcoming show we have on Friday 4/22 at Dingbatz in Clifton, NJ.  It's gonna be a great night!

We are going to run a contest for members of http://apalehorsenameddeath.com. See all the horse shoes below? We love the horse shoe, but we would like to see members faces or their dark creativity as their profile pictures instead. 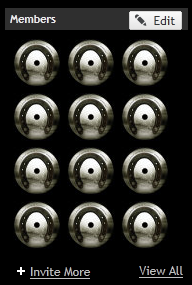 So get cracking, post a picture of yourself or of something interesting. Sal and APHND will pic the three lucky souls, and the most creative will receive Sal's guitar pick,… 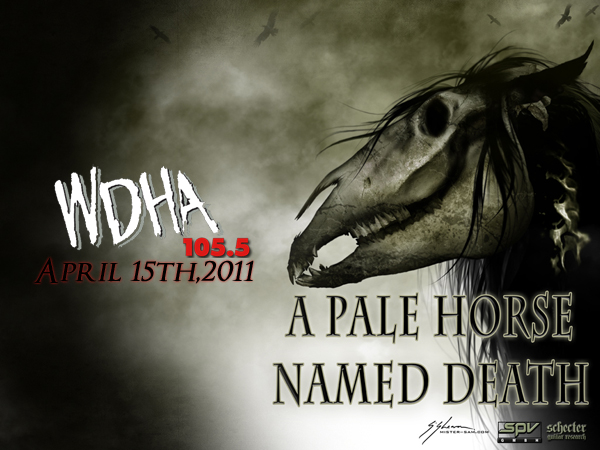 We will all be thinking of the Greenman today, I am listening to Codebass radio right now and will be playing Type O all day long, no difference than any other day but today is a special one, we honor a great musician and a poet.

Visit the CodeBass Radio Rock Rage page for details on the Thursday tribute:

http://codebassradio.net/shows/rock-rage/ - The library is all queued up and the tribute will start around 7:30am Eastern. Visit the RockRage page for more info.  To tune in: http://cbrtune.in - To dedicate non Type O tunes to Mr. Steele's memory, send me a message on Facebook or Tweet me @codebass…

On now! \m/ - Would love for fellow APHND / Type O fans to hop over and join us!  There will be extra Type O Negative in queue later today, and on Thursday I will do a whole dedicated Type O kinda thing.

Interview With Sal Abruscato From A Pale…

Dancing in a Zombie Wonderland.

Its not often you get the chance to witness such legends as Rob Zombie but the show last Thursday, February 17th at the Manchester Apollo meant I had seen him and his band in concert twice in 13 months, albeit the last time was at the Loud Park festival in Tokyo, which is no mean feat for someone who hasn't toured the UK for over 12 years.
True to being an old school metaller, I didn't get to see the first support band, Revoker because of still being in a pub preparing myself for a… Continue