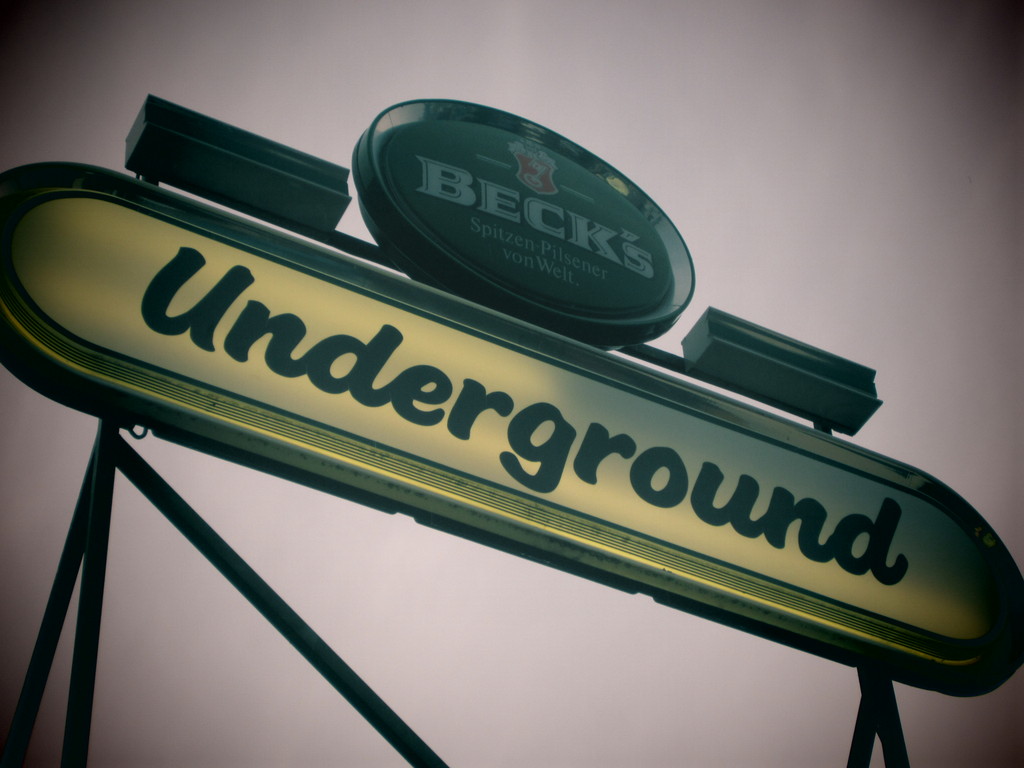 So we finally arrived with our small party at the entrance of the Underground in Cologne. It was kinda located between a building pit, some rundown buildings and a Burger King that was focused on wiping out humans with rubber burgers. At first glance the Underground looked like an assembly of small flat building glued to each other by an amateur. On entering you first have to cross a patio or outside place with wooden benches where guest can relax and drink beer under a pale blue sky.  Second glance made us feel that we hit the right place. The whole place had a metal & rock atmosphere and we felt home right away.

We got ourselves some beers and chilled out until we hit sir Hank Hell! He recognized us from the Eindhoven gig (last year) and we had some fun talk. Great guy with great humor! He gave us some inside information regarding traveling with the guys in the same bus. Basically it comes down to the fact that the bus smells like fart. Most of the gasses are release during sleep; sneak attack!! (perhaps  worth writing a song about?)

Soon after Sal, Eric, and Matt joined us and we had a great talk together. Matt was tired but nevertheless he spend quite some time with us elaborating about music & production of music which is extremely interesting. You can feel his passion for music but also feel his talent for music and producing music. Additionally he told me that he likes “white” beer so we have a small surprise  for him tonight. Sal was busy running around with music magazines and he is checking virtually every review. Can’t blame him, I would do the same to be honest. I didn’t talk much to Eric but I will hope to catch that up tonight in Eindhoven. Everyone had to go in to prep for the show, we had some additional beers and went inside to the stage to see A Pale Horse Named Death for the first time.

The stage area was big enough, cozy, open and on eye level. We had a good pack of people standing in front of the stage and then the guys went loose with the first song. To be honest, I was  pleasantly surprised (!). Yes, I read previous reviews about gigs. Yes I saw some YouTube videos. But own experience is what counts and since I’m a paying audience I’m a critical audience. Sound overall was very good from our angle. Guitars, bass, drums and vocals where well balanced and a clear sound. Performance from every band member was excellent i.m.o.

Bobby Hambel did a great job on guitar and he made it into a personal challenge to get the audience going. He was going from one side of the stage to another and made direct contact with everyone in front of him. Eric did a great job on bass (still my fav instrument), he was pounding out his parts and I could see that he had a great time! Johnny, well, what can I say about Mr. Kelly? He does what he does best, banging the drums and I’ve seen him working that often that it becomes normal to see an expert at work. He did a great job and always a pleasure to see him do what he does. Matt was rocking the casbah! During the gig you could see that he was totally into the music and he hit those cords perfectly. And Sal; well, I told him afterwards that I was not 100% sure about his vocal capacities but he delivered 200%!! This was a little bit of a wow-factor because he did way better then I expected. Great  and steady voice, good control, and clear singing like from cd. He felt relaxed and he showed that and he has becoming truly the front man. Quite the progression from drummer to front man, vocalist and guitar player! All in all, the entire band has become an oiled killer machine. 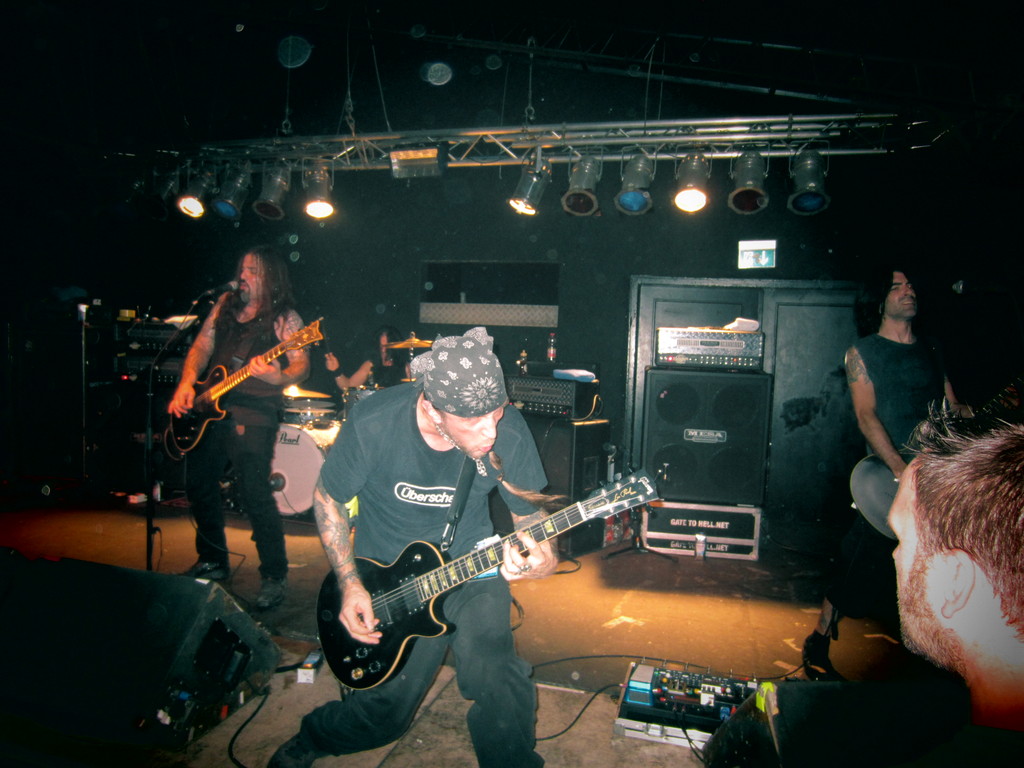 As Black As My Heart

Die In Your Arms

Devil In The Closet

Bath In My Blood

Cracks In The Wall

Public was overall enthusiastic and I think that Pale Horse left a very good impression on everyone in Cologne!

Afterwards we went to the merch boot to harass the guys somewhat more. I must say, the guys from the band are really friendly, relaxed and open towards the fans, even though they are tired or whatever … they always take time to have a chat, go on pictures and sign cd’s and that is really appreciated. 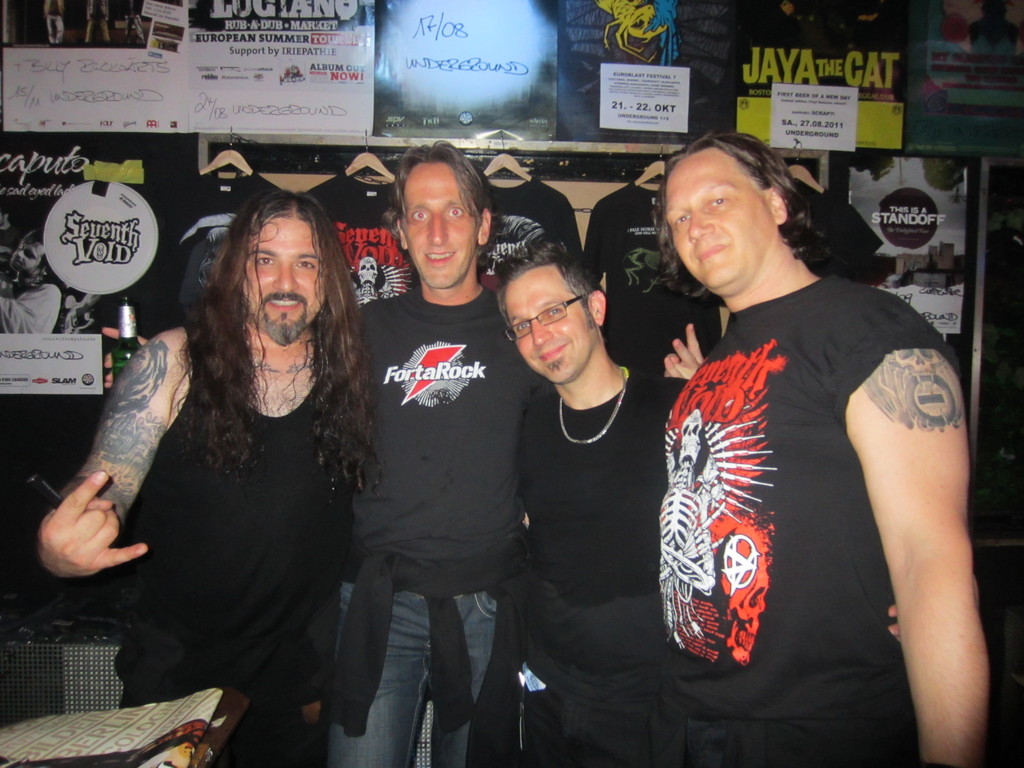 Suddenly Seventh Void started doing their thing and we went in front of the stage again. They were steaming and rollin’! Hank had a great  time, did great bass work. Johnny did again his  thing he does best, banging those goddamn drums. Matt was killing his guitar in rock style and delivered some great guitar work. Kenny was fully loaded with energy, he looked healthy and his hate for humans was clearly visible in his ranting. Great voice, great sound, great everything. The played a new song btw which title I don’t know, sounding killer though. 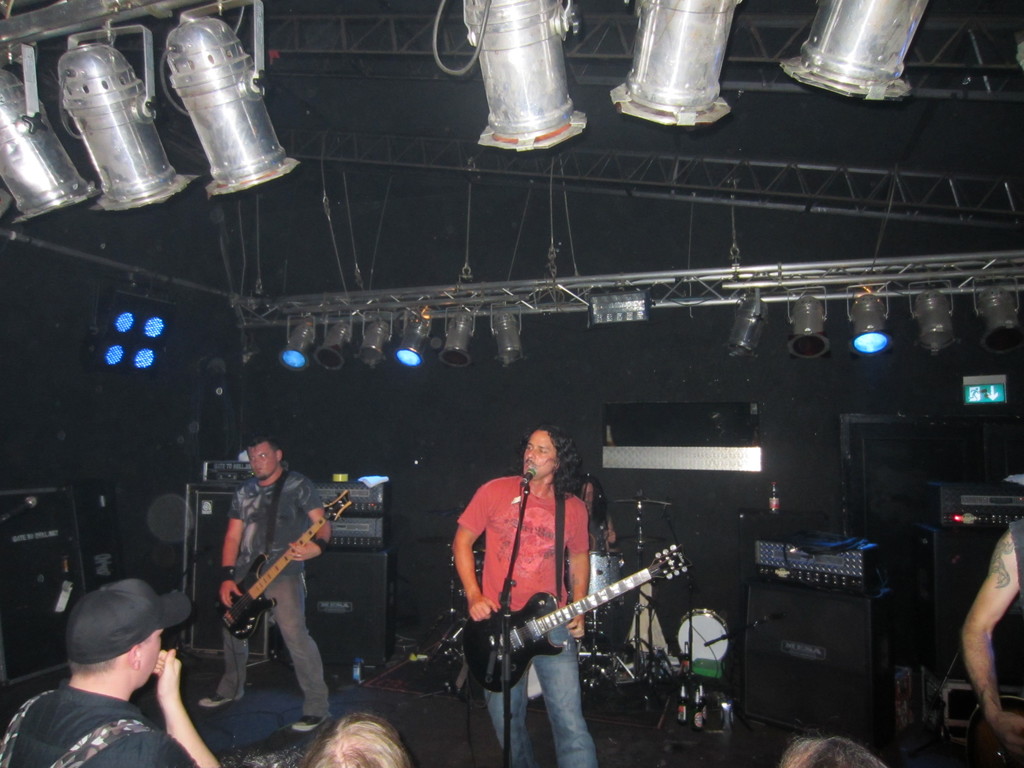 Afterwards everybody joined to the merch boot again and we had Seventh Void member with Pale Horse member mingling, doing pictures, signing and stuff. My apologies to the band member for having to put up with. Having an smelly, ugly male next to you for pictures is not what you guys signed up for. Next time I will grow long hair and some boobs. 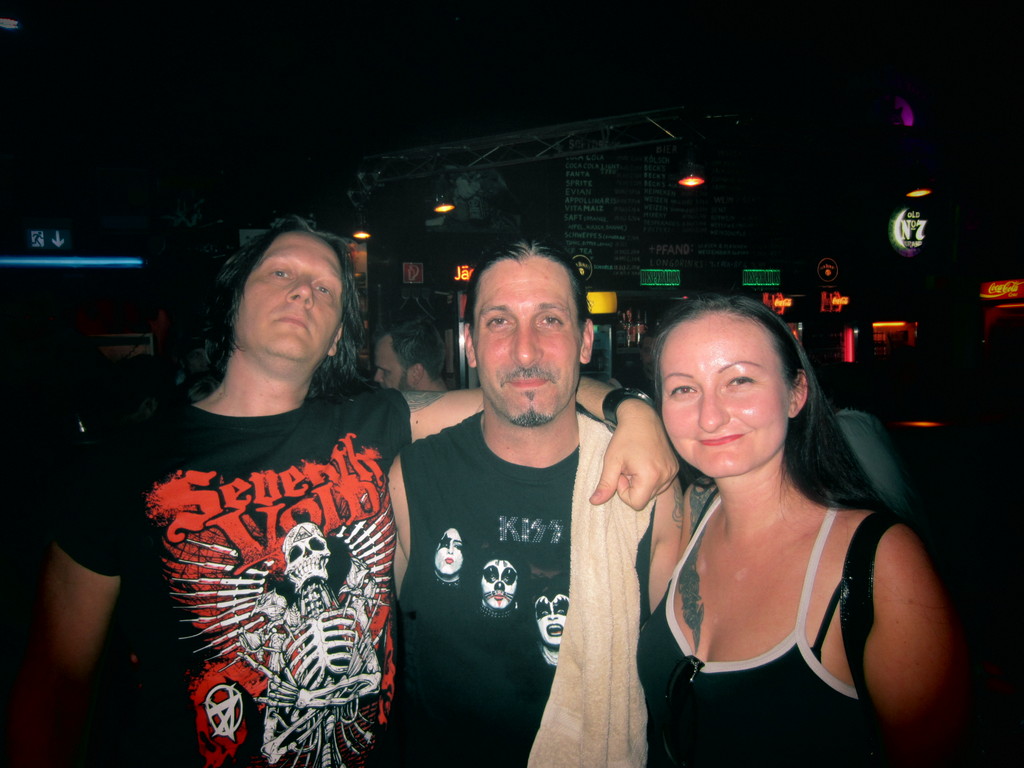 Some additional information; both bands are in progress of writing new songs and they are planning to come back to Europe so that is something we all can look forward to.

Tonight they hit Dynamo in Eindhoven, we will join them for the last gig of this European tour!

thank you Nippy for posting everything! it was great, we had an amazing time really. I hope we also get to talk to the boyz tonight. as you mentioned both bands blew us away and I am very gald they will be coming back to Europe...something for us to look forward to after tonight.

thanks guys for the concert, for the chat, and for the pictures. see you tonight.

ps. Sal I'm gonna find out more about the A38 issue cause it's bothering me..hehe.

Permalink Reply by Dale Sutherland on September 6, 2011 at 11:02pm
APHND & Seventh Void are here to stay & are sounding really tight & killer! Refreshing to hear some good new rock N roll for a change & not this new techno shit! Or the new rock N roll albums are maybe 1 or 2 good songs & the rest of the album you might as well put cement boots on & sink it to the bottom of the Detroit river eh! I can't get enough of the new APHND album! Sal did an incredible job man,& thanks to Matt Brown also! I gotta admit I wasn't sure what to expect from Sal on lead vocals & guitar? But he surprised me big time!! Great job Sal & get your asses to Canada & well drink some real beers!